Christchurch Airport has just been named 'Best Regional Airport' for the Australia/Pacific region at the Skytrax World Airport Awards in Stockholm, Sweden.

The results were based on a survey of 13.82 million customers across 550 airports worldwide. The Skytrax survey has been called "the most extensive survey of airline satisfaction world-wide" by the Wall Street Journal.

Airport Chief Executive Malcolm Johns said "this is major recognition for years of hard work by our staff, who are a bunch of awesome people doing some seriously cool stuff. Working together can deliver great things and this is positive proof of that.

"The Skytrax awards are the most prestigious accolades for the world airport industry because they are voted by air travellers, so this award recognises the service our teams offer people from the moment they leave their home to travel.

"The award reflects records set recently - our record year for the third [year] in a row, all-time record busiest month in December, highest number of international visitors in a month in January - which are all part of our overall passenger numbers destined for the South Island growing through the work we do with so many people across the island. The support we get from the South Island regions, mayors, regional tourism organisations and operators underlines our sincere belief that the South Island is the best place in the world in which to live, work and play."

Christchurch beat out runners-up Gold Coast and Wellington for the award, 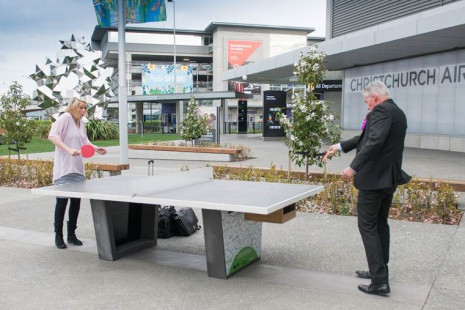